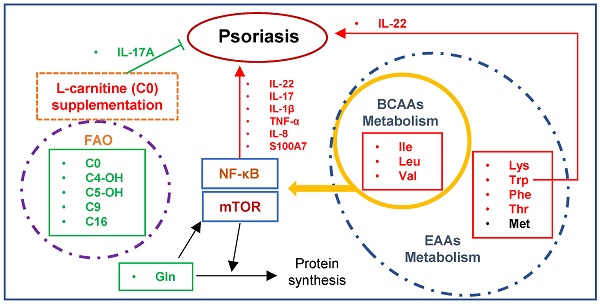 High-throughput metabolite profiling provides the opportunity to reveal metabolic mechanisms and identify biomarkers. Psoriasis is an immune-mediated chronic inflammatory disease. However, the role of metabolism in psoriasis pathogenesis remains unclear.

Conclusion: Our results suggested the metabolism of amino acids and carnitines are significantly altered in psoriasis, especially the metabolism of EAAs, BCAAs, and LC(C0), which may play key roles in the pathogenesis of psoriasis.