The role of Nav1.7 and methylglyoxal-mediated activation of TRPA1 in itch and hypoalgesia in a murine model of type 1 diabetes 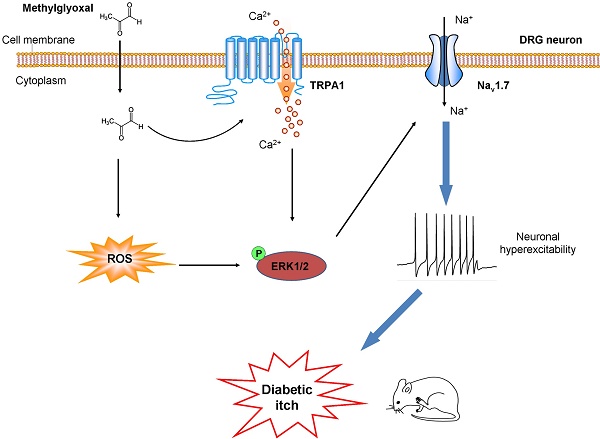 Methylglyoxal (MGO), an endogenous reactive carbonyl compound, plays a key role in the pathogenesis of diabetic neuropathy. The aim of this study is to investigate the role of MGO in diabetic itch and hypoalgesia, two common symptoms associated with diabetic neuropathy.