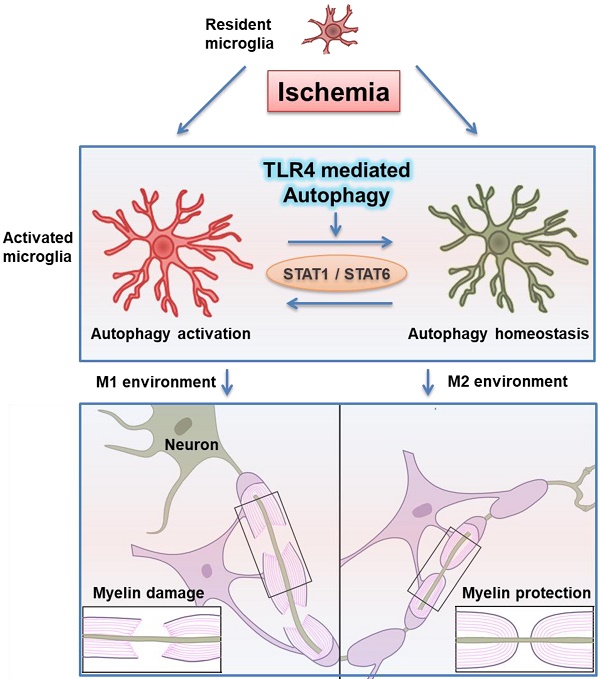 Results: We identified rapid accumulation of autophagosomes in primary cultured microglia exposed to LPS and within activated microglia during white matter ischemic damage. Autophagy inhibitors switched microglial function from pro-inflammatory to anti-inflammatory phenotype. Furthermore, we found TLR4, one of the major receptors binding LPS, was most highly expressed on microglia in corpus callosum during white matter ischemic damage, and TLR4 deficiency could mimic the phenomenon in microglial functional transformation, and exhibit a protective activity in chronic cerebral hypoperfusion. Whereas, the anti-inflammatory phenotype of microglia in TLR4 deficiency group was largely abolished by the activation of autophagic process. Finally, our transcriptional analysis confirmed that the up-regulation of STAT1 and down-regulation of STAT6 in microglia exposure to LPS could be reversed by autophagy inhibition.